In order to see, understand, and study more about the wonders stored in the outer space filled with stars, moons, planets, and other celestial bodies, researchers have sent many satellites of different capabilities at different points in time. Exploring outer space continues at present with the same enthusiasm with which it was started. Trying to answer the question, "Are we alone here in the universe?" is always fascinating, and maybe we are waiting to meet an alien or to get the news of having found life in outer space. Many movies have increased our interest in meeting a life-form from outside the world, and the stories told in films have always portrayed them as saviours or with supernatural powers. The satellites sent into space help us learn more about that unknown world above us.

October 4, 2007 marked the 50thanniversary of the first artificial satellite, named Sputnik-1, launched by the Soviet Union. Sputnik means ‘travelling companion’ in Russian. This also marked the beginning of the space-race between the United States and the Soviet Union (Timeline: 50 Years of Spaceflight | Space, n.d.). Communication with this satellite was present for 22 days before it was destroyed in the atmosphere (Sputnik: The Space Race’s Opening Shot | Space, n.d.).

On November 3rd, 1957, Sputnik-2 was launched by the Soviet Union with a dog named, Liaka to see the possibilities of sustaining life in outer space. On January 31st, 1958, Explorer-1 was launched into orbit by the Jupiter-C rocket by the United States. It confirmed the existence of a high-radiation field, called the Van Allen Belts, above the earth’s atmosphere (Sputnik: The Space Race’s Opening Shot | Space, n.d.). Neil Armstrong of the United States was the first person to go to the moon, but Yuri Gagarin of the Soviet Union was the first human to be in orbit around the Earth once (NASA - Yuri Gagarin: First Man in Space, n.d.).

Let us look at the different space missions that were carried out in the past in order to explore the world outside the earth, filled with various celestial bodies, to see if there were any forms of life, to understand whether the conditions available could sustain life there, to find other earth-like planets etc. A list of a few popular past space missions, which contributed to our understanding of more about astrobiology, is given below.

Viking 1 & 2: It was the first space mission to successfully land a spacecraft on Mars in search of life on it and to help send images of its surface back to earth. It was launched by the United Nation’s NASA on July 20th. It was a pair of identical spacecraft with an orbiter and a lander, sent simultaneously into the orbit of Mars but landing at two different parts of its surface. It was expected to work for 90 days, but the Viking 1 orbiter worked for four years (till 1980) and the Viking 2 orbiter worked till 1978, even though it didn’t find any living microorganisms in the Martian soil (Viking 1 & 2 | Missions – NASA’s Mars Exploration Program, n.d.).

Galileo: The spacecraft was launched in October, 1989 from Florida’s John F. Kennedy Space Center. Other four spacecraft, dubbed Pioneer 10 and 11, as well as Voyager 1 and 2, had previously been sent to Jupiter, but Galileo was the first to enter its orbit. The primary goal was to study the planet and its moons, but it made important discoveries during its mission (In Depth | Galileo – NASA Solar System Exploration, n.d.).

It was the first to fly near an asteroid, Gaspra, and also near another one called Ida, discovering its moon. It recorded the collision between a comet, Shoemaker-Levy 9, and a planet, Jupiter. During its flight to Jupiter, it got clear infrared images of the planet Venus’s clouds in 1990 (In Depth | Galileo – NASA Solar System Exploration, n.d.). It was also found that the radiation belt around Jupiter’s moon contains helium in almost similar concentrations as found in the sun. It found that the Lo’s volcanoes are the active ones in the solar system and that they are hotter than those found on Earth (Overview | Galileo – NASA Solar System Exploration, n.d.).

Evidences show that Jupiter’s moon, Europa, may contain an ocean of saltwater under its ice-filled surface, and it contains a thin oxygen atmosphere along with an ionosphere. It was found that the solar system’s largest moon, Ganymede, has a magnetic field of its own. The Cassini spacecraft and the Galileo made a joint observation on the giant planet for a few weeks during its mission to Saturn (In Depth | Galileo – NASA Solar System Exploration, n.d.).

Galileo’s lander descended deep into the planet’s atmosphere and survived for one hour before it got crushed in the planet’s high heat and pressure. The spacecraft, Galileo, was deliberately thrown into its pressurising atmosphere so as to avoid a collision with its moon, Europa, in 2003 (Overview | Galileo – NASA Solar System Exploration, n.d.).

Cassini - Huygens: It was a joint venture by NASA, the European Space Agency (ESA), and the Italian Space Agency to study the planet Saturn and its moons in our solar system. The spaceship was launched on October 15th, 1997, with the Cassini orbiter and the Huygens probe to investigating the gaseous atmosphere and the nature of the Saturn’s biggest moon, named Titan (In Depth | Huygens – NASA Solar System Exploration, n.d.).

Cassini had studied about Jupiter for about six months during its travel to Saturn and returned completely coloured images of it. It entered Saturn's orbit in 2004 to study its moons, and in December, the Huygens lander separated from the orbiter and entered Titan's atmosphere, returning a wealth of data to Earth (Cassini-Huygens-Saturn Missions-NASA Jet Propulsion Laboratory, n.d.).The mission discovered six new moons of the planet and two new rings around it (Cassini-Huygens | Facts, Dates, & Images | Britannica, n.d.

The extended mission made observations about the seasonal period of the planet, entered the innermost ring of Saturn, and finally went inside Saturn’s atmosphere. The 20-year mission gave insights to astrobiologists studying the potential of life on the moons of big planets. Hydrocarbons-filled lakes and rivers on the moon helped them understand its effect on life. The icy geysers found on its small moon, Enceladus, contained saltwater and organic chemicals, which made researchers doubt the presence of habitable zones below its surface, and Titan is also doubted to have liquid water under its icy surface, as on Jupiter’s moon, Europa. (Cassini-Huygens | Facts, Dates, & Images | Britannica, n.d.) (Cassini-Huygens | Missions | Astrobiology, n.d.) . These observations led astrobiologists to learn more about the existence of life in extreme conditions and paved the way to understanding the possibility of having habitable environments on the moons of different planets, even those far from us.

Stardust was a NASA spaceship launched in 1999 in order to collect cosmic dust and comet samples so as to analyse them in the laboratory back on Earth. The samples of the comet Wild-2 were collected in an aerogel (Stardust | Missions | Astrobiology, n.d.). The samples analysed showed that comets contain substances from the early sun. Later, it was recycled for the Stardust-NExT mission and was met with Tempel-1, which had already been visited by another spacecraft, named the Deep Impact spacecraft (Stardust - Comet Missions - NASA Jet Propulsion Laboratory, n.d.). This mission was the first one to return a sample from outer space to Earth, and it ended in March, 2011. Because comets contain ancient dust and ice from distances beyond the far planets, studying them allows researchers to learn about the formation of habitable zones on Earth, the processes that lead to the formation of planets, and the role of comets in the formation of life (Stardust | Missions | Astrobiology, n.d.).

The Spitzer Space Telescope: Spitzer was the last of the four Great Observatories Programs carried out by NASA, which used the infrared region of the spectrum to view the universe. The telescope was launched in August, 2003, to study the astrobiology targets and find an area around a distant star that is habitable in our own solar system, the Milky Way. The other space-based observatories by NASA are the visible-light Hubble Space Telescope, the Compton Gamma-Ray Observatory (CGRO), and the Chandra X-ray Observatory (CXO) (Missions | Discovery – Exoplanet Exploration: Planets Beyond Our Solar System, n.d.).

It is known for its discovery of a ring on Saturn and detecting a system of seven earth-sized planets orbiting a star called TRAPPIST-1, finding their mass and density (Missions | Discovery – Exoplanet Exploration: Planets Beyond Our Solar System, n.d.).

The regions of the universe which are unexplored by optical telescopes are made accessible using the Spitzer Telescope, like the young and newly formed stars and planetary systems, the centres of galaxies, cooler objects in space like failed stars, exoplanets, molecular clouds etc. It is the first planet to observe the direct light of exoplanets, and it worked for 16 years in space. Analyzing data from Spitzer helps astrobiologists understand the principles behind forming a habitable world around a star, and observations about molecular clouds help understand the process of formation of life. Learning the data over a wide time range can help in understanding the habitability of Earth through comparative planetology (Spitzer | Missions | Astrobiology, n.d.)

Kepler and K2 were launched on March 7, 2009, from Cape Canaveral, Florida, designed to study a portion of the Milky Way galaxy to find planets outside our solar system. The initial Kepler mission was ended and extended as K2 in November 2012, and the mission came to an end in 2018. It was one of the highly focused, low-cost, low-development-time science missions (In Depth | Kepler – NASA Solar System Exploration, n.d.). The Kepler and K2 missions found more than 2600 true exoplanets, and many were found in the habitable zone of their star, with an Earth-like (bigger ones too) rocky surface (Kepler - Universe Missions - NASA Jet Propulsion Laboratory, n.d.). Thus, these may have the capacity to hold life, with liquid water being able to also be present. K2 was also studying the various objects in our solar system, like the exploded stars and also the black holes in distant galaxies. It kept working and collecting data for 9 years in outer space, searching for planets that were found to be enormous, and then the space telescope of NASA stopped working as it ran out of fuel required for further findings. Astrobiologists use data from this mission to find potential habitable planets and use it to devise new methods to study them in more detail, which can be used in new missions for studying them (Kepler | Missions | Astrobiology, n.d.).

There are many other space missions that have happened and helped gain knowledge about the origin of life, nature, and composition of our neighbouring planets and their moons. Even the ones away from us were made known to us. Overcoming the technological barrier in earlier days, researchers have managed to send spacecrafts and slowly built on the available knowledge about those worlds. Even a small revelation about the universe and its beings was very interesting and received with great excitement, like the Cassini-Huygens discovering the Saturn’s moon and its rings, the new exoplanets found by Kepler and so many more. 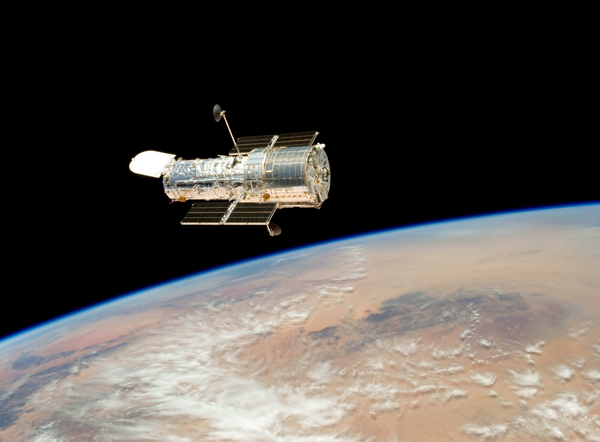 WHY IS EARTH PERFECT TO SUSTAIN LIFE?

Astrobiology - All about Life in Our Universe